Houston has been making some exciting moves in the film and entertainment industry, but one local director says it’s time for us to make some more noise. Joseph Elmore talks to Vibe Houston about his soon-to-be released movie “Gutter,” and how Houston has to really get in the game to get “big budget” money for “big budget” productions.

Vibe Houston: Tell us about “Gutter” and how you came up with the concept.

Elmore: “Gutter,” which stars Claudia Jordan, Daniel Baldwin, Lil’ Zane and Zeno Williams, was supposed to be my second movie, “The Trunk” was my first movie and it got a lot of traction. “Never Die Alone” was my favorite book and I was thinking, “I’ll do my own version of Never Die Alone.” I called it “Gutter” and started going off of that. I was thinking, it’s the gutter, the grimiest part of the streets, what if a mother left her baby in the gutter, what happens to the baby? What would that baby become? The truth is everyone really needs their parents… It’s just a different type of story. When doing a small budget film, you have to do the best you can with the budget you have.

Vibe Houston: Tell us about yourself.

Elmore: I’m a Junior. My full name is Joseph Alexander Elmore Jr. When I was a kid, I thought the kid with the most letters in their name was the coolest. I was named after my dad which I’m always proud of. I started off rapping, my rap name was Joe the Boss, then I went into basketball. I got into movies in college. I went to Canisius College in Buffalo. I was hired as an assistant coach as a sophomore in college under John Beilein, which is crazy when I think about it. I took a creative writing class, and that same year I took a scripting class. I was really taking to both classes and my professors pulled me in and told me to consider being a novelist. I was really wanting to be a screenwriter. I was like, ‘People get paid to write about movies? People get paid for that? That would be fun.’

I got to thank my ex-wife, she introduced me to Comm, who was going to film school. Everything he learned, he was teaching me. He needed a script for his final class. He really showed me the details of how to produce a film from 0 to 100.

Vibe Houston: What brought you to Houston?

Elmore: I flew down to Houston to shoot “Waters Rising.” I met a lot of cool people and stayed in touch. I started writing for other people. I was writing and making a little money, enough to pay the rent, and now I am a resident.

Vibe Houston: We see more movies being shot in Houston. Is the Houston movie scene on the rise?

Elmore: My answer is no, I want to say yes, but it’s still no. It will be on the rise when people make movies that are recognized around the world, it’s not just about making movies locally. I’m making movies to make noise, a lot of people make movies to make money, that’s cool, but as far as making Houston a movie scene you have to make noise. We’ve got to start thinking bigger and better, do something that’s going to make people talk. Just because people are making movies doesn’t mean we’re on the rise, those movies have to make noise.

Vibe Houston: How do we make Houston a major player for big budget movies?

Elmore: Get better. Let’s say I make a movie, that movie becomes a classic, everyone’s talking about that movie. Then another movie comes out of Houston, then another, then another… Make enough noise for people to want to give you a budget.

Vibe Houston: How has it been shooting during the pandemic?

Elmore: It wasn’t as difficult as it was supposed to be. I was working on a movie and it didn’t go too well, the crew got COVID after I left. I was working on another movie. We kept a small crew, tried to keep a contained and controlled environment, and wore masks. Nobody got COVID. We started filming “Gutter” pretty much at the end of the pandemic. We started casting around January-February and started shooting in April.

Vibe Houston: Will Gutter be seen on streaming platforms or in theatres?

Elmore: It will be seen on streaming platforms, but we also have plans to negotiate with theaters. The plan is to get to theaters. I love streaming. It’s the best thing, especially Tubi for filmmakers. When filmmakers get paid, they can produce more movies. The bootleg industry was killing African American filmmakers. Bootleggers would sell our films for $5 at barbershops, everybody was doing it because they wanted to get movies fast. Amazon Prime and Tubi really help smaller filmmakers. People get movies faster and Tubi pays filmmakers. Streaming really killed the bootleg industry. Thank God, because they’ve been robbing me for years.

Vibe Houston: Do you think the movie theatre industry will bounce back?

Elmore: Yeah, but I don’t think it’ll ever be what it was. People can stream on their phones, laptops and fire sticks, but I think people still want to go to the movies. It’s obviously still vital because a movie will come out on HBO Max and the theater, instead of just on HBO Max.

Vibe Houston: Do you think the streaming revolution will remain in high demand?

Elmore: Absolutely. The phones are getting better. I remember just standard definition, then HD came along, and now that is not enough. Now it’s 4K and 5K definition… the tech is just so fly now.

Elmore: I negotiated for this movie “A Milli.” The tough part about the movie industry is you can make a deal… then the contract comes and people get ghost. We’re still shooting, we just have to pivot. We’ll probably start shooting in early October. I’m 60% sure I know what I want to do and I’m excited for what’s next. I think “Gutter” is going to make a lot of noise and that will impact what I shoot next. My movie “Complex” is out now on Tubi and it’s doing pretty well. “She Sexy” will be out August 24th.

Vibe Houston: What do you tell anyone who has a dollar and a dream?

Elmore: You have to take a leap of faith. When I say don’t be delusional, I mean you have to know how good you are. You can’t ask people because then they don’t want to hurt your feelings. You know you’re good when people tell you. You could be poor, working on your craft and happy, or you could be working a good job, have a lot of money and be miserable. Anything you love doing, you’d be doing it for free anyway. Have a great support system. I had really great friends who held me down in those dark times and I’ll never forget that. You’ve got to know you’re good because so many people will tell you ‘no.’ When someone tells you “no,” shrug it off and find the next opportunity. 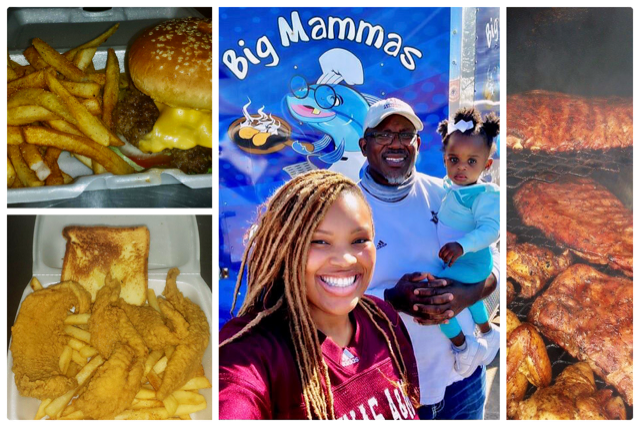