Houston native TJ Boyce is a “Jack of all trades” when it comes to the entertainment industry. He sings, raps, writes, produces and directs, not only music videos, but also movies. The multitalented artist’s song, “Black Woman,” is racing up the charts, being the most “added” single on Urban AC, but his latest production, “Mr. Officer” is a piece screaming out for justice and demanding an end to racism against African Americans.

Last year, the devoted father released a music video, “Ghetto America,” which received national acclaim. The piece is a stirring “twist of fate” depiction inspired by the death of George Floyd, and stars Boyce, his children (TJ III and London) and actor Omar Gooding. Ghetto America gives us a look at what “could have happened” if Floyd was white and the officer who killed him – Derek Chauvin – was Black.

And today, still inspired by the country’s continued social unrest, his production, “Mr. Officer” is a extended length music video / short film that tackles the ongoing issues of police brutality against Blacks. The “how they see us” theme will leave audiences with jaws dropped and eyes wide open. Vibe Houston caught up with Boyce to get his thoughts on parenting, Houston’s entertainment scene and how, despite it all, we must keep striving to reach the top.

[WATCH]: Check out trailer for Mr. Officer, premiering on Juneteenth.

Vibe: How did you get started in the entertainment industry?

Boyce: I turned down a recording contract when I was attending high school in Midland, Texas, but while attending Texas Southern University, I started doing some modeling after meeting people who worked with Cicely Tyson. I worked briefly in Los Angeles and from there, I started to expand my gifts, which included writing songs for other artists.

Vibe: How did your kids become involved?

Boyce: I noticed that my kids were exceptionally talented very early on. I put my son in local theater and started taking him to audition at a very young age. It brought tears to my eyes when I noticed the talent that God had given him and I decided to put my career on hold in order to nurture his dreams. Later on, I noticed that my daughter was following her big brother’s lead and so, it became a family affair.

Vibe: What are your philosophies on parenting?

Boyce: I believe that we must put our children in positions to be successful. If you see a talent, do all that you can to nurture it, and it doesn’t have to be about money. If you can’t pay for a certain training for your children, look into community programs that your children can participate in for free. There are all kinds of acting and artists workshops out there. And whenever you can, volunteer your personal services as a parent to help out with those community projects. The more you are involved, the more it can help your children. I can proudly say that TJ III has landed several commercials, has been on a comedy kids show with the amazing Wayne Brady and is beginning this month to film a Disney movie. And London has starred in “Antebellum” playing Janelle Monae’s daughter, is the face of the Blue Bell Ice Cream Sandwiches and just finished shooting with Tichina Arnold and Vivica A. Fox in her own movie, in which I’m producing, “Wonder London: I Hate My Curly Hair.”

Vibe: What do you teach your children about entrepreneurship?

Boyce: I teach them that being an entrepreneur, you have to put in twice as much work. I teach them that a great entrepreneur must have the ability to communicate well, strategize, focus, and sell. That is why the children have their very own ice cream truck, Boyce Kids Cream Machine, in which they actually operate themselves. We go to festivals and various outdoor events where the kids can make money while learning the value of hard work, investing and profits. And when it comes to the entertainment industry, I teach them to not wait on Hollywood. They can create their own projects. TJ III, at age 15, has already released a single and is a published author, and London – at only 8 years old – has also released a book, which is what her movie was created from.

Vibe: What do you feel about the Houston entertainment industry?

Boyce: I’m optimistic about it. Houston has a lot of talent. And I believe so much in it, that I am outlining plans to build a music and movie studio in Houston where we can continue to create our own projects, on a larger scale, in addition to bringing outside money from other industry leaders right to H-Town.

Vibe: How did you come up with the concept of Mr. Officer?

Boyce: Mr. Officer was originally inspired by the Breonna Taylor story. We all know what happened there. I just felt “enough was enough” and it made me start to think about “how do they see us?” I realized that some officers really think Blacks are nothing more than animals. You will see what I mean in the production.

Vibe: Who stars in Mr. Officer?

Boyce: We have a great lineup of talent. Tyrin Turner, best known as “Caine” from “Menace to Society,” is the lead actor in the film, and the music video portion features myself, Scarface and Trae tha Truth.

Vibe: What is the biggest takeaway you want audiences to get from Mr. Officer?

Vibe: Do you believe CHANGE is really coming to America?

Boyce: The politically correct response would be to say “yes,” but sadly, I don’t. The recent election should be an indicator that we’re a country divided right down the middle.

Vibe: What is your philosophy on giving back?

Boyce: I believe that it’s a blessing to be a blessing. Giving back feels good and it’s a great way to connect to the community. When the pandemic first struck, my kids and I took our ice cream truck to the Texas Medical Center, and provided the health care workers on the front lines with free ice cream. Who doesn’t love ice cream, right? We hope that small gesture put a smile on someone’s face that day. It was just our way of giving back and saying “thanks for all you do.” There are lots more we have in store. Right now, my team and I are strategizing ways to hold a huge “Back to School” event because the upcoming fall, I anticipate is going to be very liberating, but stressful and scary at the same time when students and teachers finally come together again.

Vibe: What tips do you have for aspiring entrepreneurs, or those trying to break into the entertainment industry?

Boyce: Pray, pray, pray. Also, for aspiring entrepreneurs, I’d advise you to challenge yourself and do work that you care about. Also, have a vision. I’d advise those that aspire to be in the entertainment industry to hone in on your craft and always continue to grow. Also, think outside the box.

[WATCH: “Ghetto America” received over one million views on Youtube.] 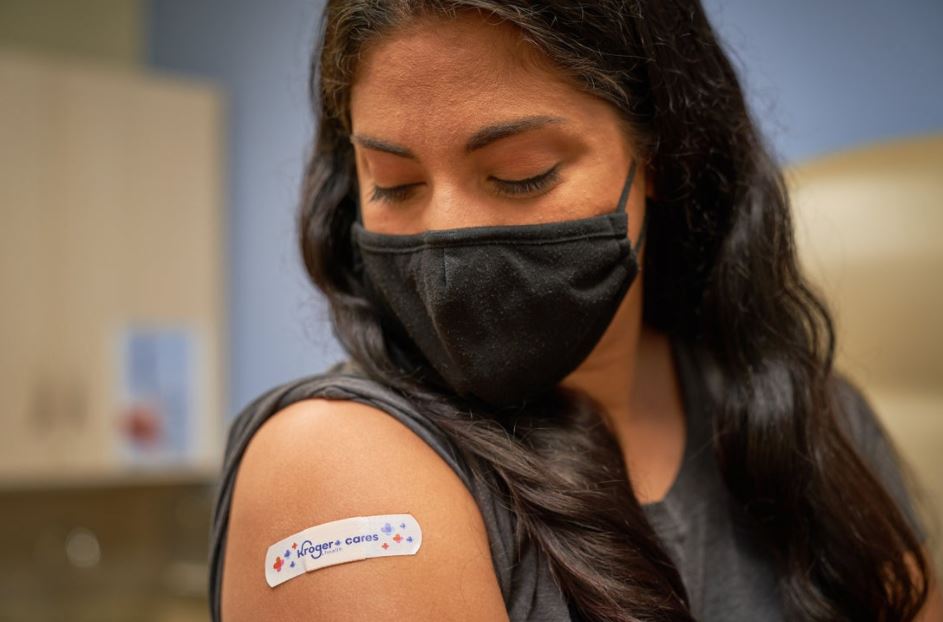 Vibe Out: Alfreda’s still cooking up ‘soul’ in Third Ward 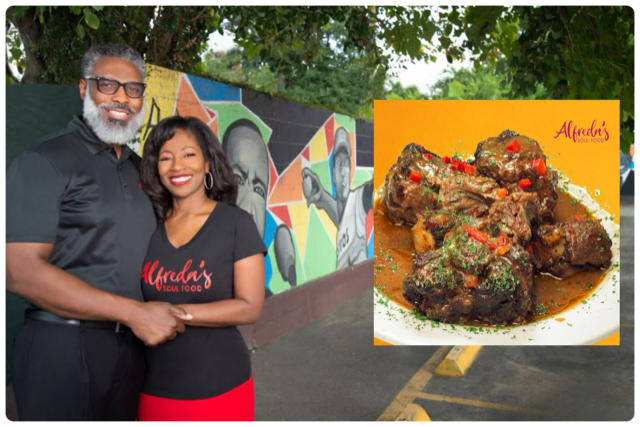