The family of Daunte Wright held a press conference Thursday to address the community after days of protests in Minnesota.

Wright’s mother, Katie Wright, shared her frustrations with the justice system after being asked how she felt about the recent arrest of the officer who shot and killed her son.

She described her son as a loving father with a huge smile.

“Would justice bring our son home to us, knocking on the door with his big smile coming in the house, sitting down eating dinner with us, going out to lunch, playing with his one-year-old – almost-two-year-old son – giving them a kiss before he walks out the door?” she asked.

The grieving mother described how her son called her during the traffic stop. It was the last time she heard his voice.

Katie Wright said Daunte called her immediately after being pulled over. She said she could hear officers ask him to get out of the car. She then heard a scuffle and the phone went silent. A female passenger who was in the car returned the call and confirmed that Wright had been shot.

Veteran police officer Kim Potter pulled the trigger, claiming she mistook her handgun for a Taser. Potter has since resigned and has been charged with 2nd-degree manslaughter.

The shooting death comes on the heels of the Derek Chauvin trial, which is currently taking place in Minnesota. Chauvin is the former officer who was charged with the highly publicized murder of George Floyd.

With racial tensions on high alert, protesters returned to the streets for the fourth day.

Thankfully, Wright’s family has been vocal about the community not using force or looting businesses.

Chief of the Minnesota State Patrol, Col. Matt Langer, spoke to the crowds about the decline in violence and looting.

“We are thankful tonight; the tension and anxiety and the stress seemed to be lowered,” Langer said, adding that about 24 arrests were made, which was significantly lower than the previous nights. 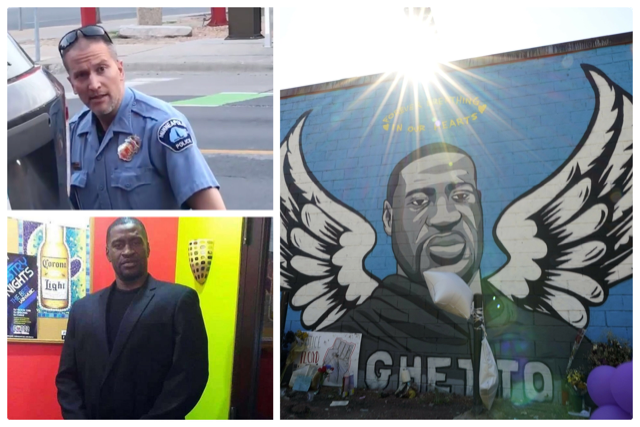