HOUSTON – Symone Redwine, an attorney living in Houston, is a proud Dallas native. “Oak Cliff – that’s my hood!” she told Vibe Houston. Redwine has never been married, has no children, and is single – ready to mingle! We tried to get “all up in her business” as she appears to be a standout on OWN’s “Ready to Love, Last Resort.” We must say, this sistah definitely keeps it real!

Q: When it comes to dating – specifically in Houston. What has been your challenge?

A: I have quantity, but the quality sucks. I actually moved to Houston in March from Dallas because Dallas men are pitiful and Houston men have been a much better experience. But they hoes, just sewing their royal oats. So, my challenge so far is finding out if Houston men are ready to love.

Q: Before going on the show, did you feel there really weren’t any good brothers or sisters around?

A: Hell yes. Particularly in Dallas where I was previously living.

Q: We noticed that many of the men were “rocked up” or muscle bound, or the women were a little dolled up on the “glam” side. Do you feel the show was lacking the presence of the average Joe or Joann? (Be real…we want you to consider all the people who are walking around every day looking for love.)

A: I’m pretty, so I like very handsome men. They can’t be fat or average looking. So I was glad they were fine. I know many viewers were complaining that they didn’t have any regular looking people, but let’s be real, nobody wants to look at unattractive people on TV. My issue was, I needed them to have muscles and be financially stable. Those abs ain’t gonna fool me.

Q: What is your philosophy on dating?

Secondly, I want my intellectual equal. I would prefer a man smarter than me, but that’s damn near impossible. I want a teammate where my strengths may be his weaknesses and vice versa.  So basically, he needs to be my intellectual equal + personal cheerleader + a strong leader + very best friend that I wanna “do it” to.

Q: What is your idea of perfect date?

A:  A perfect date to me is one where we laugh, get out of our shells and learn about each other. One of my best dates in life was getting some Popeye’s chicken and then dancing in the rain til the early morning.

Q: Did you get a chance to experience a “perfect date” on the show? If so, with whom?

Q: We know you can’t tell the outcome of the show, and some of you left before making it to the end. But even if you did not connect with the person you were hoping to, do you feel that your soul mate was at the resort with you?

A: I don’t think I believe in soul mates, but if one exists, I definitely believe that what I learned and how I grew from the show, has made me a much better girlfriend and ready to love my soul mate in the way he desires

Q: Do you have any “unfinished business” with any of the people on the show?

A: Oh yes. Apparently there are some two-faced folks that will be dealt with at the reunion. We don’t hear or see what’s said about us until it airs. But it was a whooooooole bunch of folks smiling in each others’ faces and saying raggedy stuff when they got bold in the confessional, so in my Mystikal voice “we gon’ see.”

Q: Would you ever try reality TV again?

A: Probably, as long as Mona Scott ain’t involved. She scares me!

Q: Lastly…in one word… tell us what black love is to you…(and sorry, you can’t use the typical answer of “beautiful.”)

You can check out Symone and the rest of the “Ready to Love, Last Resort” cast on OWN every Friday 9/8 CST. 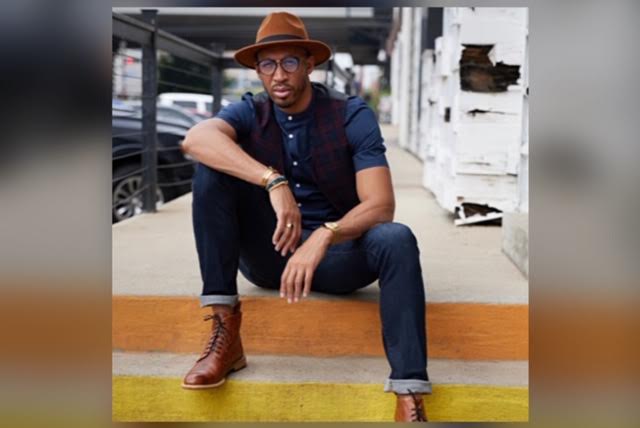